Profiles of Past Olowus of Owu Kingdom 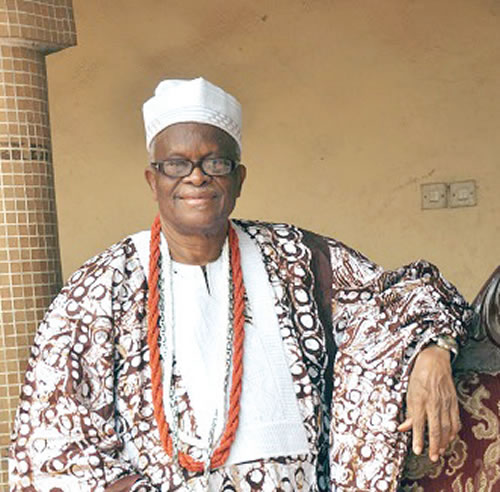 His Royal Majesty, Oba Dr. Olusanya Adegboyega Dosunmu, CON, Fta was born of Prince Benjamin Okelana Dosunmu, the son of Oba Adesunmbo Dosunmu, Amororo I, Olowu of Owu, Abeokuta who reigned between 1918 to 1924.

His major job then was to establish Drama, Art and Cultural Productions for Television in Nigeria.

He was the star-brain behind the Nigeria’s most celebrated and popular Television Drama series titled “The Village Headmaster” as its Producer, Writer and Director for many years.

He relocated the Isabo market from its hither-to hazardous location on the narrow way in Isabo with high record of incessant loss of lives resulting from motor accidents, to Kuto where it is till today.

He abolished the use of ‘Molue’ and encouraged mini-buses for commuter services, comfort and convenience of travelers and transporters.

He initiated the move to take road mechanics to locations outside Abeokuta – a move which was later taken over by the Ogun State Government under late Chief Bisi Onabanjo.

He also banned night parties in order to reduce massive death tolls that took place as a result of drunkenness after such parties.

Chairman Olusanya Adegboyega Dosunmu built 4 ultra modern motor parks at Asero, Kuto, Aiyetoro Road, and Ita-Oshin areas of Abeokuta. His regime was marked with success stories of development, progress and peace. His achievements are still there for all eyes to behold and appreciate till today.

Dr. Olusanya Adegboyega Dosunmu is happily married to Olori Bosun Dosunmu and blessed with many successful children. He is a loving and caring father of no mean impetus.

On 3rd of October, 2005 Prince ‘Sanya Dosunmu was coronated and installed, as the 13th Olowu of Owu Kingdom, Abeokuta.

Oba Dosunmu is vast in Royal history Culture and tradition. His carefully chosen royal appellation of “Kangunere, Amiwo Aja, Akobi Oodua, Amororo II” extols the virtues of our ancestral heroes past as well as exhibits royalty, dignity, valour, strength, love and peace being clearly depicted in the Olowu Kangunere’s royal symbol of authority.

He served the Lord in various capacities including being a Sunday School Teacher of note. He is an erudite scholar, evangelist and preacher in the service of Christ and mankind,

He is up till this very moment a Missionary and Field Director of an International group known as “The Source of Light Ministries International” with Headquarters based in Madison Georgia, USA.

Oba Dosunmu is a sower in the vineyard of the Lord and has planted many churches across the south-west of Nigeria all of which he nurtures to success.

He also established a living church at Oke Ago Owu, the Mainland of Owu Kingdom. The Church is the very first Church building in Oke-Ago Owu since 1834.